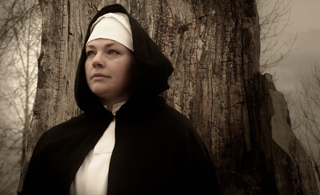 The medieval tree garden had more than just fruit trees, but also broad-leaved trees providing shade. Ash was particularly common in the Norwegian gardens, and we find very old ash trees at the monasteries at Halsnøy and Utstein.

The tree gardens were used for meditation and schooling, and they were often a bit secluded, like here at Rein monastery.

Being outside in nature was believed to have a positive and invigorating effect on the spirit.

Ash trees were also used in producing medical remedies at the monasteries. By destilling boiled bark from ash trees they made an oil that was used for ailments such as an upset stomach, snake bites, wounds and fractures.